Staying in bed can actually make back pain worse, the soonest you can resume your normal activities and doing some low impact exercises as tolerated can actually be helpful.

Lemurs having a great sunny day, hanging onto mama or papa’s back, wide eyed and bushy-tailed.

This is a must read for anyone who hates Obama more than they love America, the people who hate women, hate gays, hate, hate the hate goes on. Like Taylor Swift said, People gonna hate, hate hate hate.

Here’s a open letter to all those people who need the comeuppance of the century. A great article during the time in American history where oppressed people aren’t going to take it any more. So all you misogynists and racists, sexists, this one’s for you

The lowest ratings in their history, Fox news gets a grime reminder: people want to watch news that is contemporary and not outdated. It sure took long enough. Even Hannity was hit with low ratings.

It’s about time. The tea baggers are being called out and seen for what they are, outdated and prejudicial, and closed minded. We live in a new world. Turn Fox news off and watch your news somewhere else, anywhere else but Fox news.

Send Fox news packing, their tea bagging, anti-woman, anti-gay, anti-everyone who isn’t white, is not being viewed by as many American’s. Bravo to the American public who just stopped watching.

Our ever committed Senator Peter DeFazio gets a good score from the ARC the agency for people with disabilities, for his two bills he presented to keep social security strong.

Shows how pressure from the public affects who people do business with. After twenty-two years of airing Rush’s program radio WBIC is quiting Rush’s extremist rants and shutting him down.

Read about who protested Rush and why. Well you probably know why. He’s a right wing extremist, radical, mean and nasty radio host who’s days are numbered due to all the companies and individuals and sponsers who are sick and tired of hearing his prejudice and misogynisim.  Bye bye Rush

For most of his life, Jimmy Carter has been an advocate for human rights. In 1982, one year after leaving the Oval Office, the former US President and his wife Rosalynn Carter, founded theCarter Center, dedicated to advancing peace and health worldwide. Still an activist at 90, Carter has authored 28 books, including a new book in 2014 called, A Call to Action: Women, Religion, Violence, and Power.Over the years, Jimmy Carter, a devout Christian, has become a very strong proponent of women’s rights, to a point where he has spoken out against the falsehoods and extremism we see within the ‘religion’ of Christianity today. In 2009, he penned an open letter, severing ties with the mega SBC/Southern Baptist Convention, after being a member of the Convention for 60 years. Carter said the decision was difficult and painful, yet ‘unavoidable,’ after the Convention leaders chose to take bible verses out of context and claim ‘Eve’ was responsible to for ‘original sin,’ and thus all women must be subservient to men. In Carter’s aforementioned open letter, he expands on his reasons and concerns:

This discrimination, unjustifiably attributed to a Higher Authority, has provided a reason or excuse for the deprivation of women’s equal rights across the world for centuries.At its most repugnant, the belief that women must be subjugated to the wishes of men excuses slavery, violence, forced prostitution, genital mutilation and national laws that omit rape as a crime. But it also costs many millions of girls and women control over their own bodies and lives, and continues to deny them fair access to education, health, employment and influence within their own communities.

The same discriminatory thinking lies behind the continuing gender gap in pay and why there are still so few women in office in the West. The root of this prejudice lies deep in our histories, but its impact is felt every day. It is not women and girls alone who suffer.It damages all of us.

Carter states how the subjugation of women was not always a part of Christianity.

The carefully selected verses found in the Holy Scriptures to justify the superiority of men owe more to time and place – and the determination of male leaders to hold onto their influence – than eternal truthsI am also familiar with vivid descriptions in the same Scriptures in which women are revered as pre-eminent leaders. During the years of the early Christian church women served as deacons, priests, bishops, apostles, teachers and prophets. It wasn’t until the fourth century that dominant Christian leaders, all men, twisted and distorted Holy Scriptures to perpetuate their ascendant positions within the religious hierarchy.

In his letter, Carter discusses the independent group of global leaders to which he belongs, called The Elders. Founded by the late Nelson Mandela, the members have come together on this issue and collectively published this statement to all religious leaders around the world:“The justification of discrimination against women and girls on grounds of religion or tradition, as if it were prescribed by a Higher Authority, is unacceptable.” This discrimination can and must end says Carter. He believes it’s within our power:

The truth is that male religious leaders have had – and still have – an option to interpret holy teachings either to exalt or subjugate women. They have, for their own selfish ends, overwhelmingly chosen the latter. Their continuing choice provides the foundation or justification for much of the pervasive persecution and abuse of women throughout the world. This is in clear violation not just of the Universal Declaration of Human Rights but also the teachings of Jesus Christ, the Apostle Paul, Moses and the prophets, Muhammad, and founders of other great religions – all of whom have called for proper and equitable treatment of all the children of God. It is time we had the courage to challenge these views.

Thank you, Mr. Carter, not only for the work you do for the sake of our daughters, our granddaughters, and their daughters, but also for our sons, grandsons, and the whole of humanity. Thank you, to you and Rosalynn for creating The Carter Center. And thank you for living by example. You are a good and true man, and this world is a better place by your presence.

More than half of the country’s produce comes from California, where an epic drought threatens to become a national crisis. If people like you in Oregon and across the country don’t start demanding action right now, the consequences to our nation’s food supply could be catastrophic. We’re talking about the water supply for 90% of the country’s artichokes, kiwis, garlic, and wine — GONE unless CA’s leaders act fast.
Water allocation has bedeviled California since before it was even a state, but RIGHT NOW this crisis provides a historic opportunity to finally develop an equitable, environmentally sound approach that balances CA’s water use with its realistic water supply, and continue to provide fresh produce for the nation. That means:
DIANE, Courage Campaign is launching a groundbreaking partnership with Food & Water Watch to ask CA Governor Jerry Brown to take bold action to finally fix California’s broken water system.
Even in the wettest of years, California promises more water than it could possibly deliver. Researchers estimate that the state has given away water “rights” to five times more surface water than exists in a good year.(1) Why? It starts with the fact that California’s water regulations have not been updated since 1914. Yes, more than 100 years!
This out-dated, byzantine system, spurred on by the profit-making hunger of Big Agriculture, has led to a simple problem: demand for water vastly exceeds the supply. To make up the difference, Big Ag has begun sucking up precious water supplies buried deep in the ground, built up over hundreds of thousands of years. As this groundwater disappears, the land — literally, the floor of the Central Valley(!) — is sinking up to a foot a year. Once they are completely exhausted, these underground storage spaces cannot be replenished because they will collapse. All the while, Big Oil is poisoning groundwater aquifers with millions of gallons of toxic fracking wastewater.
This is crazy. This is unsustainable. And unless California’s leaders step into the breach and take on this problem at the scale required — as Australia successfully did 10 years ago — California’s economy and environment may never recover, which could be a devastating blow for the country.(2) 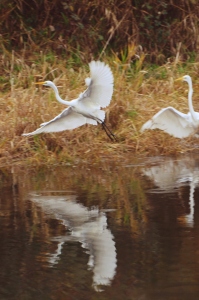 This is something i read today, it’s about not becoming too wrapped up in our devices, phones, computers, that we need to stay grounded and present, in the now, touch someone’s hand, give someone a hug, be in the now and be present, always present. here’s the essay: The average person checks his or her phone 150 times a day Our phone is the center of our life. There’s more power and personality in our pocket than in the rest of our traditional screens combined. We’re more connected to what fits in our backpack than what sits in our living room. There’s so much “us” in these devices that life comes to a standstill if we misplace them. Our phone is brimming with information, bursting with content, overflowing with entertainment. It’s remarkable, really. But at times, we’re not looking for mobility. We’re looking for more. More energy, more sharing, more size, more sound. Stronger speakers, bigger screens, bigger experiences. We’re looking to truly showcase the apps, the content, the connections, the possibilities. Those little touches of “us” that we add to our phone 150 times a day. To connect uncompromising capabilities and big-screen experiences, Showcasing a little of ourselves in the process.